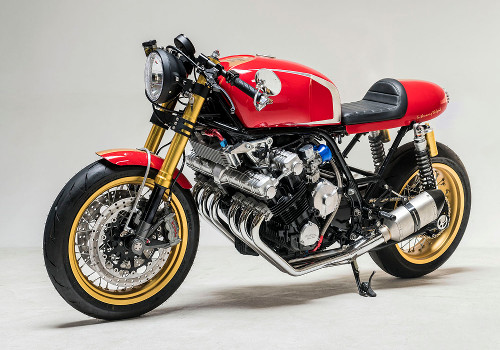 CX500 and CBX1000 was the brainchild of Shoichiro Irimajiri who with Honda was moved from building F1 engines to Honda’s Motorcycle Division.

Equipped with 6 cylinders the CBX1000 made 105 hp back in the late 1970s that was not only regarded powerful but had had a good performance.

Now Mandrill Garage a Chinese custom motorcycle house was assigned by a motorcycle collector to make a sleek cafe racer out of CBX1000.

The output that came out well you could see it.

How was the build made?