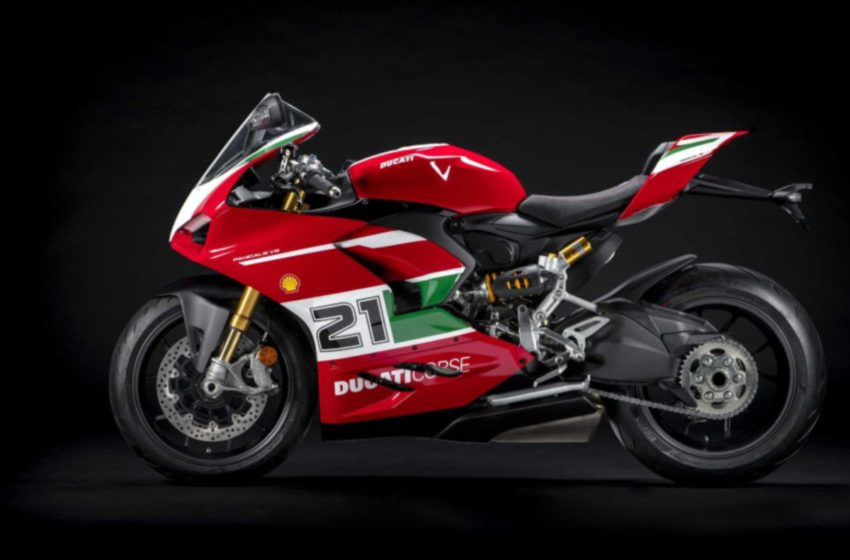 Italian two-wheeler manufacturer Ducati has announced an array of new models that will reach India in 2022.

The Indian arm of the brand has confirmed several models for the Indian market, although it has remained tight-lipped about the launch timeline.

Here is our list of announced Ducati motorcycles that will make it to India in 2022.

Do note that the list is in the chronological order of the photos seen on the company’s Instagram profile.

A colour particularly in vogue when Ducati used on 1972 450 Desmo Mono and 750 Sport twins.

This tribute also recalls the 750 Supersport used by the Spaggiari team since 1975, which accompanied the epic period of another great Ducati rider: Franco Uncini.

The Scrambler Ducati 1100 Tribute PRO is a motorcycle created for lovers of modern-classic motorcycles. And fans of motorcycling history know Ducati’s most critical feats.

It reminds you of older Ducati motorcycles from years back, but that isn’t necessarily a bad thing.

However, the new Multistrada V2 is a bit flashy. And if you’re willing to settle for motorcycles that sell perfect for most riders, motorcycles you can last through most roads without having to think twice about them.

You will see the Brembo monobloc 4-piston callipers and 320mm discs on the front, while the opposite end gets the Brembo two-piston floating calliper and 265mm disc.

Further, the cornering ABS from Bosch, 6-axis IMU, comes as standard. The new V2 and V2S also have LED taillights. However, only V2S gets the LED headlights. 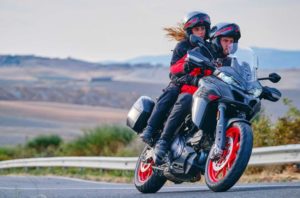 Thanks to the wheel exchange from a 3.5×17 inch Marchesini cast wheel with a racing profile upfront and dynamic profile at the rear, combined with Pirelli Diablo Rosso IV tires (120/70 and 190/55 R17), with a single-sided swingarm with 6×17 inch rim.

Pikes Peak promises a great deal. The new model should be well suited for your favourite offroad with this extensive equipment.

We get to see semi-active Öhlins chassis – 48 USD fork and TTX36 shock absorber on the front. While on the opposite side, it shrinks by close to 10mms. 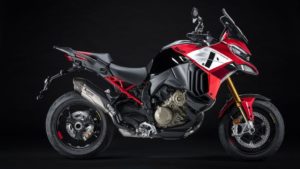 The 803 cc new Scrambler Urban Motard from Ducati oozes style and joyous aura in a row.

Let’s take a close look at what Ducati has put in its new Scrambler.

The new V2 weighs 200 kgs ( 441 ) pounds. There is an aluminium single-sided swingarm on the rear. While on the front, we see the 43mm fully adjustable Showa big piston fork with a fully adjustable Sachs monoshock.

And radially-mounted Brembo Monobloc M4.32 four-piston callipers on the front, while the opposite end has a 245mm single disc paired with a two-piston Brembo calliper.

Deciding which is the best bike Ducati makes is a tough ask. The firm has an outstanding range.

And naked machines with different engine capacities and electronic rider aid. And that’s before you even get into the Ducati range: the flag-bearers for all things strange and wonderful. 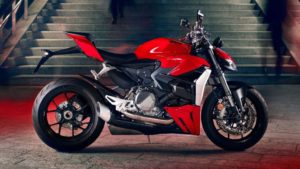 The bike arrives with Ducati Electronic Suspension EVO. As for the suspension has Öhlins all the time, with a NIX-30 fork, TTX36 rear shock absorber. And on the front, we see Öhlins steering damper. 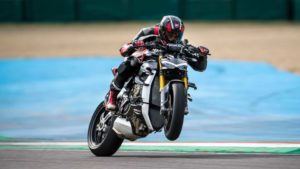 Ducati unveiled the Panigale V4 S in the new fifth episode of their web series. The video is one of many marketing products the company has produced to introduce the latest version of their flagship superbike.

They have officially published an all-new digital video that unveils its technical specifications. And strengths to emphasize its unusual personality.

The company presents a symbolic and evocative film dedicated to the new Panigale V4 S., Which emphasizes the presence of the red side of the company logo on multiple occasions.

The upcoming Ducati V4 has many new technological advancements, and the Ducati team has done severe homework to improve performance. Ducati has pushed the boundaries with the new Panigale V4.

As a result, Ducati claims that the new bike has smaller winglets that deliver 37kg of downforce at 300kmph, making a natural home on the track. 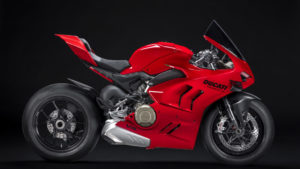 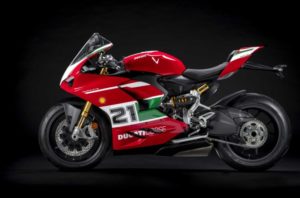 Astute readers have noted that 2021 has been a roller coaster of a year. Around the globe, OEMs are still recovering from the COVID-19 pandemic. At the same time, the development cost for new models is on the rise.

Then there are safety regulations, particularly in Europe. All this could be worth it in the long term, but manufacturers and their marketing departments remain under tremendous pressure to deliver immediately.

What’s in a name?

Well, in Ducati’s case, the new Desert X is far more than a new model. As we said earlier, Ducati Desert X will arrive by 2021 end. 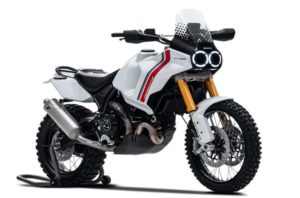