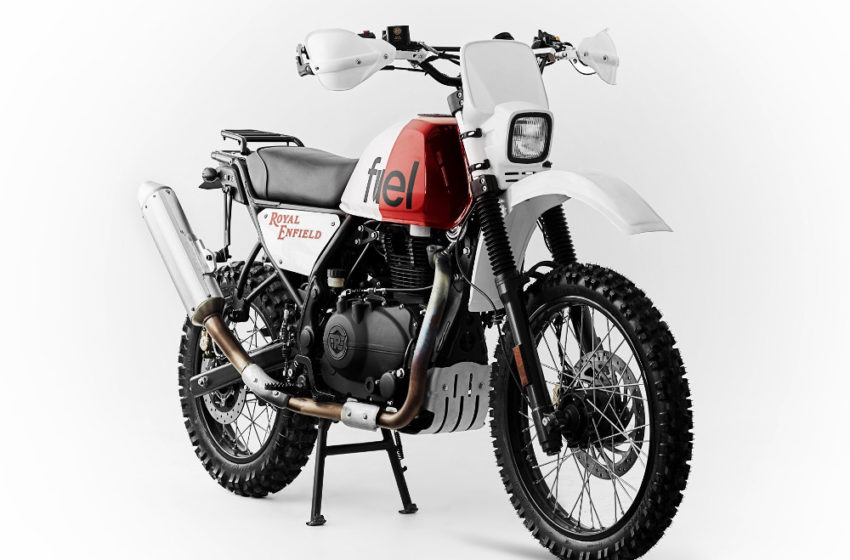 Royal Rally 400 from Fuel Motorcycles is introduced in there expedition of Scram Africa 2019 . The custom is based on Royal En-field Himalayan.

The bike gets good red and white paint scheme with half fuel tank covered with red and rest of the bike in white with “fuel” mentioned on it . Configuration has 411cc, four stroke single cylinder engine that will be able to produce 24.5 hp and 23 ft-lb of torque.

This bespoke will help rider to get easy maneuverability due to the fact that it is light and Fuel Motorcycles wanted to keep it as simple as possible.

Since the beginning Himalayan had influenced Fuel Motorcycles and it was on there agenda to do a bespoke custom on it.Reminded them about Paris Dakar where they saw bikes like Yamaha XT 500 or Honda XL as they were light bikes easy for any rider to ride.

What is the change?
Fuel Motorcycles modified the bike keeping in mind to keep the stock parts as is.The bike is made more compact. Inorder to get the classic looks they have removed all the protections those are around the tank and now the rider gets a solo seat with a good height.

A building grille is placed near the pillion seat and can be removed. To improve the overall performance, Powertronic unit has been installed .Powertronic unit  integrates with Engine Control Unit (ECU) and takes controls of the way the fuel is injected and more importantly – how this fuel is ignited which improves responsiveness, mileage and acceleration.

It also gets optional ABS system.Bike also gets protectors, handlebars, USB charger and a round speedometer.
Overall the build is simple, easy to ride.